What is 3D printing?
3D printing is also known as rapid prototyping fabrication or additive manufacturing, it is a low volume production and prototyping process whereby a real object is created from a 3D design. The digital 3D-model is saved in STL format and then sent to a 3D printer. The 3D printer then print the design layer by layer and form a real object.

What is a 3D printable design or model?

Designs or models are 3D printable when they can be sent directly to a 3D printer. A 3D printer needs files in the industry standard file format STL. Most 3D design software can export to STL. 3D printable designs must be watertight, meaning that the design has only closed solids, and no open surfaces. All planes must have an internal and external thickenss.

What can you make with 3D printing?
In 3D printing area, people say "If You Can Draw It, You Can Make It". Many items can be made with a 3D printer. However complicated objects can only be made by professional 3D printers, they are not yet affortable for common family.

What 3D Printers aren't?
3D printers do not:

What are the materials used to print 3D objects?
Many different materials can be used for 3D printing, such as ABS plastic, PLA, Selective Laser Sintering (SLS) materials such as polymides and other sintering powders, stereolithography (SLA) materials such as Acrylic resins and photopolymers wax.

At Maxxeshop, we are able to fabricate 3D objects with ABS, PLA, Flexible rubber-like plastic, dissolvable plastic such as HIPS and PVA, and unique to Inventadore only - SLS polymides composite materials such as PA12 & 11 nylons, ABS and glass or carbon fibre composites and alumide.

Interested to fabricate your 3D objects in metal? Talk to us and let us help you to realise your idea in metal 3D object.

What are ABS and PLA?
ABS (Acrylonitrile Butadiene Styrene) is a common thermoplastic well known in the injection molding industry. It is used for applications such as LEGO, electronic housings and automotive bumper parts.
PLA (Polylactic Acid) is a biodegradable (under the correct conditions) thermoplastic derived from renewable resources such as corn starch or sugarcane. It is one of the most popular bioplastics, used for many applications ranging from plastic cups to medical implants.

How long does a 3D print take?
It depends on the size and complexity of the print, and also on your chosen layer height. A finer, higher resolution print will take much longer, but will look very much smoother.

How much will it cost to print?

This is a very common question, however is it impossible to provide you with an answer remotely close to the actual price you would pay to print your part.
Unlike other 3D printing service centers we charge by amount of material consumed, and not by the outer dimensions of the object, as such objects of the same size may have different prices due to their geometry or shape.

To illustrate the complexity of quoting a price without seeing the corresponding STL file, lets consider three 10cm cubes:

​Although these three cubes have the identical outer dimensions, they differ completely on every other aspects, as shown in this table.

Which comes down to a 600% price difference between the Solid Block and the Wire Frame cubes.
For objects other than cubes, the price difference is also highly correlated with the quality and capabilities of a 3D modeler, and his or her abilities to design for a specific manufacturing technology.
As design rules are different for each 3D printing or manufacturing technologies, printing something that is designed for one technology while using another might be possible, or might be super expensive.

About fragile and delicate parts

Designs often require the inclusion of fine, delicate and fragile features; features which push the limit of today's 3D printing technology.
We fully understand the need for these features and do our best to ensure they are printed successfully and accurately.
Whenever possible we will identify such fragile and delicate features and provide you with advice and assistance on how to modify your design for a successful print.
However, if you do choose to print parts which we feel are too fragile and delicate, we cannot be held liable for them breaking as we manipulate the parts post-print. In which case the client remains responsible for the cost of printing these parts.
Alternatively, we can deliver you as-out-of-the-printer parts, to which support material remains attached.

Cost saving through material density variations in FDM 3D prints can be achieved by varying the width of the internal honeycomb scaffolding structure, which will in turn drastically reduces the printing time. The images below show possible honeycomb widths.
In both cases, the shape or external appearance of a model is unaffected.

Our printers feature selectable print resolution choices for a balance of speed and quality, from Ultra-High definition 50 micron layers (about the thickness of a piece of normal printer paper), a middle 100 micron layer, a large 200 micron layer and a larger 300 micron layer setting where speed and turnaround is the biggest priority.

To successfully 3D print your design please take the following considerations into account:

3D printers have a few mechanical limitations preventing them from creating certain geometries, as such certain considerations must be taken into account during the design process.

For the same reasons, unbalanced structures are particularly difficult to print as they often keel over under the weight, as such we recommend designing parts for their centre of gravity to be above their base.

All FDM 3D printers over-extrude slightly during sharp direction change, as such small details such as holes and saw teeth or points tend to not be as sharp as the design prescribes. These defects can either be fixed by filing or sanding the over extrusion or by designing larger features and by using rounded corners, which effectively dampens the speed of the direction change.

(2) orient the part so that all its features point upwards (as opposed to downwards or sideways).

We prefer, and recommend, designing with Siemens Solid Edge, Autodesk Inventor or Solidworks,  however if commercial software is not an option, there are excellent free software you can use to do 3D modelling: 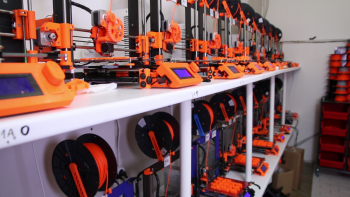 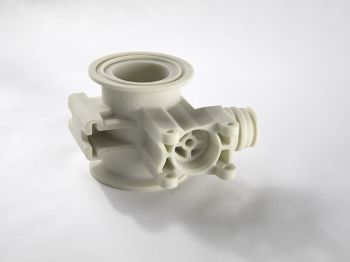 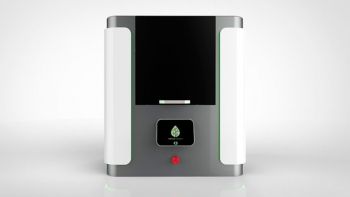 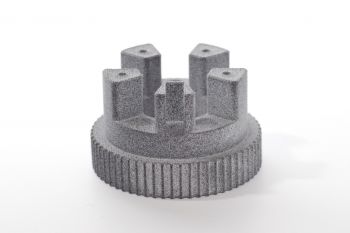